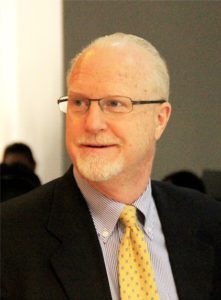 Marc Berger, the Chairman of the Washington State China Relations Council announced that . J. Norwell Coquillard have been appointed as the new Executive Director of the WSCRC.

Mr. Coquillard’s background includes over 33 years of living in Asia primarily in Japan and China. For the major share of that time he was President of the agribusiness firm, Cargill Incorporated, in those two countries. He moved from Tokyo to Shanghai in 1998 and witnessed the tremendous change and development that China experienced during those 18 years. In his time in China he helped Cargill build a business from one that employed approximately 300 people in four locations to one that had over 5,000 employees in over 40 operations nationwide. Mr. Coquillard served as the Chairman of the American Chamber of Commerce in Shanghai (Amcham) from 2008 to 2009. From 2010 until returning to the U.S. in 2016, he ran the China branch of the international non-profit, Enactus.