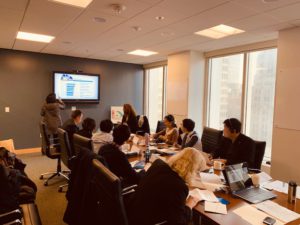 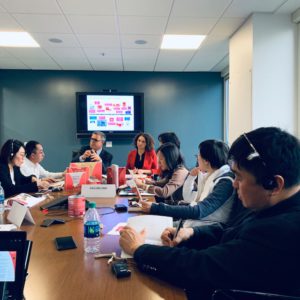 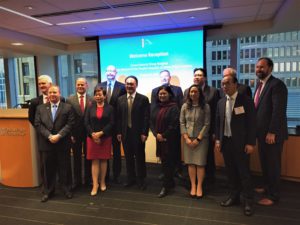 The Honorable Gary Locke, former Governor of Washington and US Ambassador to China, gave opening remarks. He detailed the history of international exchange between the US and China that has taken place in Washington State. He elaborated upon current efforts to maintain economic and cultural ties through facilitating trade missions, delegations, and business connections. Discussing his own experience as US Ambassador to China, he emphasized points of commonality and opportunities for mutually beneficial relationships. 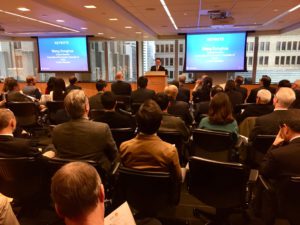 The event brought together nearly 100 attendees to strengthen bilateral cooperation between the US and China. After a group photo, the gathering commenced networking and exchanging information for future partnerships.

WSCRC extend special thanks to the Honorable Gary Locke and WSCRC board member Yuping Wang at Davis Wright Tremaine for providing the venue and refreshments. 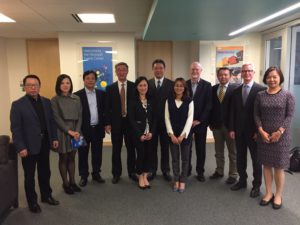 On October 16, 2018, WSCRC board members Jim Young, Gregg Rodgers, and Norwell Coquillard met with a business delegation from the city of Shenzhen in Guangdong Province to introduce the mission of Washington State China Relations Council and to discuss opportunities for international economic collaboration. The delegation included representatives from government and businesses in Shenzhen, one of Seattle’s Sister Cities.

Jim Young, Co-Managing Member and Founder at Century Law Firm, spoke about the opportunities for investment in Washington State, citing multiple examples from the real estate industry and the vibrant startup environment in many cities. He also reflected upon his own experiences as a Chinese-born attorney who came to Washington State for its international reputation and the process of building his business.

Gregg Rodgers, owner in the Seattle office of Garvey Schubert Barer, detailed the longstanding history between Washington State and China. He elaborated upon WSCRC’s leading role in establishing economic and cultural ties through its work in facilitating delegations and making connections between businesses. In addition, he cited his personal involvement in normalizing trade relations between the US and China following reform and opening, led by Deng Xiaoping.

The delegation was impressed by the scope of the Council’s reach in Washington State, as well as with its purpose of fostering international ties between the US and China. After a round of introductions from each member of the delegation, the gathering commenced networking and exchanging information for future partnerships. 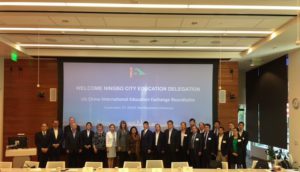 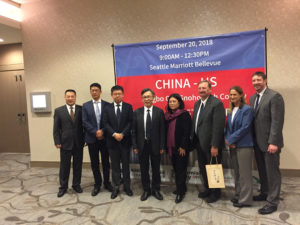