Seattle (April 30, 2020) – The Washington State China Relations Council’s (WSCRC) new sister organization, the Washington State China Relations Fund (WSCRF), this week received a shipment of 10,000 N95-equivalent masks donated by the City of Hangzhou. Acting on behalf of the final recipient, the City of Seattle, the WSCRF, as a charitable organization, was able to import the masks duty free under new rules recently implemented by the Customs and Border Protection Agency. WSCRF’s involvement in this transaction helped to expedite the shipment and ensure that the masks could meet immediate needs. 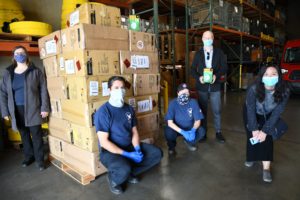 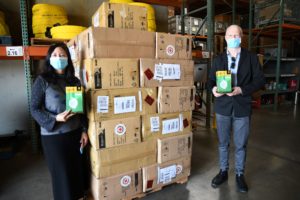 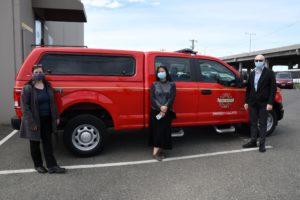 The masks were delivered this week to the warehouse of the Fire Department of the City of Seattle. The masks will be used by fire and police personnel.

The City of Seattle signed an MOU with the City of Hangzhou in 2016. Hangzhou, home to Alibaba, was one of several cities visited by a recent Washington trade delegation coordinated by the WSCRC. During the visit, the delegation conducted very productive discussions with the Deputy Mayor of Hangzhou, visited Zhejiang University, and met with a number of technology companies with interests in investing in the Seattle area. Hangzhou had planned to send reciprocal delegations to Seattle to explore further collaboration opportunities between the two cities in February and May respectively, but was forced to postpone these trips due to the coronavirus outbreak.

Mayor Durkan expressed the City’s appreciation to the City of Hangzhou, noting that this gesture further strengthens the bonds of friendship between the two cities. The Mayor also commended the Washington State China Relations Council for its efforts to foster this important relationship over the years. Despite the ongoing challenges in U.S.-China relations, this act of benevolence from Hangzhou illustrates the strong, resilient ties between cities on both sides of the Pacific, and offers a way forward for strengthening commercial, scientific, and public health collaboration. The WSCRC will continue to play a pivotal role in these efforts.

The WSCRF plans to assist the City with future donations of imported PPEs from China.