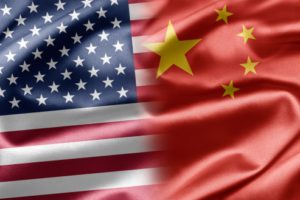 Norwell Coquillard has taken the reins at the crucial Washington State China Relations Council (WSCRC) at a pivotal time in the bilateral relationship.

“The US-China relationship is highly contentious and volatile,” he told China Daily. “At times of increased tension between our two countries, it is more important than ever that our organization advance a thoughtful, constructive agenda and support our member companies as they look to navigate this complex landscape.”

Washington is the most trade-driven state in the country, with more than $16 billion in goods exported to China by Evergreen State companies in 2018 alone.

One of those vital Washington state products that Coquillard may have to work on is cherries.

Across China’s metropolises, a burgeoning middle class’ appetite for fresh US cherries has become a casualty of the trade conflict with the US. A business that grew to nearly $200 million in 2017 from nothing in 2000 has now shrunk to little more than a tenth of its volume peak, US customs data show.

With import tariffs for American cherries at 50 percent, Beijing in turn has relaxed regulations on imports from Central Asia — a region central to China-proposed Belt and Road Initiative.

Victor Wang, the China representative of US Northwest Cherry Growers, based in Yakima, Washington, said it took almost two decades of marketing and lobbying to help make US cherries some of the most coveted fruits in China — at one point his suppliers were exporting more to China than to Canada just across the border. But that changed in 2018, when two rounds of Chinese tariff increases, in retaliation for US tariffs, added 40 percentage points to import costs.

Coquillard takes over at WSCRC — the US’ oldest state-level organization focused on strengthening relations with China — as it marks its 40th anniversary. Fortuitously perhaps, it also is the 40th anniversary of the establishment of diplomatic relations between the US and China.

Coquillard, who grew up in the American Midwest, spent more than three decades living in Asia. In 1998, he went to Shanghai to serve as chairman and president of Cargill Investment (China) Ltd, the China operating company for Cargill, the largest privately held company in the US. During his tenure, the company’s operations in China expanded rapidly, from 300 employees to more than 5,000.

“Vibrant, very stimulating, growing very rapidly and quite an exciting place to be,” was how Coquillard described China, where he had worked for two decades.

Before he moved to Seattle in late 2016, he had served as the chairman and president of Enactus China, the China branch of the US-based nonprofit. Coquillard also is a member of the International Advisory Board of APCO Worldwide, the global communications firm.

Coquillard said he took the post a month ago because he is a firm believer that the economies of the two countries are highly interconnected.

“I hope at this very difficult time we can bring to the council a deep understanding of the bilateral trade, business and cultural relationship, to get the good, neutral relationship back on track so both the United States and China can prosper from it,” Coquillard said.

The WSCRC recently said it would leverage its extensive network and legacy of furthering engagement with China to fortify the state’s strategic position in the bilateral dialogue.

The council has hosted many of China’s most senior officials and prominent business leaders, including all of China’s top leaders from Deng Xiaoping to President Xi Jinping.

Seattle is the only US city besides Washington DC to host all four Chinese leaders.

The council also helped organize the 2014 Bo’ao Forum in Seattle, the first time the event was held on American soil.

Now Coquillard and the council are planning a series of programs to celebrate the organization’s legacy, culminating in an anniversary banquet on Oct 24 in Seattle.

The event will honor the 40th anniversary of the M.V. Liu Lin Hai’s arrival at the Port of Seattle in 1979, the first Chinese ship to make a port call in North America following a 30-year gap in the bilateral trade relationship.

Later that year, the Port of Seattle signed a sister port agreement with the Port of Shanghai, the first such agreement between a Chinese and American port.

He is excited for a return trip to China in November.

“The delegation is mainly Washington state businesspeople, and we probably will attend the China International Import Expo 2019,” Coquillard said.

Reuters contributed to this story.