The 13th China Town Hall Annual Conference was held on Monday, November 18th, and was hosted by National Committee on U.S. Relations. As the local partner, Washington State China Relations Council gathered everyone in the Columbia Center to watch this conference together. George Stephanopoulos is served as moderator, and cooperated with Stephen Orlins, president of the National Committee on US-China Relations, Dr. Melanie Hart, senior fellow and director for China policy at the Center for American Progress, and Dr.  Yasheng Huang from the Sloan School of Management at the Massachusetts Institute of Technology, Dr. Ely Ratner, executive vice president and director of studies at the Center for a New American Security. 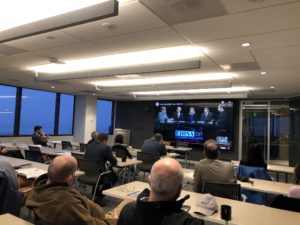 This year, the National Committee on US-China Relations slightly changed the format of the conference. The conference launched a series of discussions on hot topics. The US-China trade war is now in its 17th month, and experts agree that Trump is eager to reach a ” phase one deal.” According to Ely Ratner and marked “the end of a stage of US economic policy that has basically failed and that needs to be transitioned away from other aspects”. In addition, Dr. Melanie Hart also stressed that the deal was “just undoing the damage that has been done”. The losses include the counterattack from China after the United States imposed tariffs on China, which caused damage to the US agricultural economy. In addition, experts also talked about Xinjiang issues and Hong Kong issues, visa restrictions and the NBA, etc. 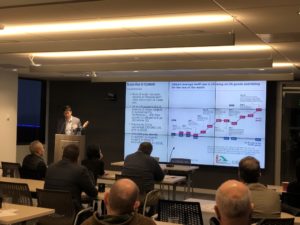 After the live broadcast, the senior economist Spencer Cohen gave a wonderful speech detailing the impact of the China-US trade war on Washington State and the United States.