The Washington State China Relations Council hopes you are doing well despite the uncertainty and challenges brought upon by COVID-19. In response to this crisis, governments at the federal, state, and local levels have created assistance programs to help businesses and their workers to withstand these difficult times. Public health organizations publish and advocate guidance on how to protect yourself, your family, and your workplace. The amount of information available can be daunting. We did some research and collected a list of resources that are most relevant to businesses and individuals in the region to share with you. We are hoping this will provide a useful one-stop shop for information and save you time navigating these various resources. We will update the list as the situation develops.

Even though we are not able to host regular events and programs at this time, we are working very hard to organize webinars on COVID-19, bringing experts in related field t to share insights and best practices in response to this situation.

The trade war and coronavirus have inevitably made it challenging, more than ever, to promote stronger U.S.-China relations. We hope you stand with us and continue your critical support of the mission of the WSRCR. 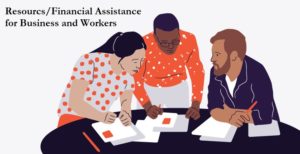 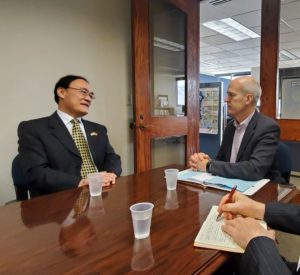 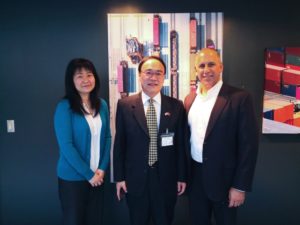 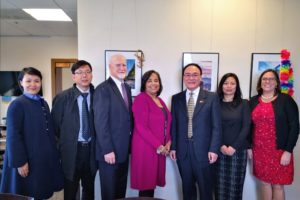 There has been a long, deafening silence from the Trump administration on the coronavirus. What actions have transpired include steps to protect U.S. citizens, which we support, but also embarrassing gaffes, such as Wilbur Ross’ rightly pilloried remark that the coronavirus presents potential economic opportunities for American workers.

The United States has long been able to carry itself above the fray, putting aside adversarial country-to-country grievances to bring humanitarian help and supplies to those in need. To address this global health crisis, we strongly encourage the federal government to provide basic humanitarian aid to China.

It was this country, even after labeling Iran part of an “axis of evil,” that delivered much needed humanitarian aid in 2003 to victims and others displaced by a catastrophic earthquake. It was the U.S. that, without hesitation, sent legions of medical staff and military personnel to sub-Saharan Africa in 2014 to combat the spread of Ebola and treat those infected. Yet in 2020, as the entire nation of 1.4 billion Chinese is under quarantine, there has been hardly a mention from our national leaders on what the U.S. can do to support China in this time of crisis.

Yes, the U.S.-China relationship has its share of warts. There are countless complaints by the U.S. government and American business about China’s subsidization of state-owned enterprises or its stealing of intellectual property. But these grievances do not extend to the Chinese people, many of whom in Wuhan and elsewhere are running out of basic medical supplies like masks and surgical gowns.

In response to the outbreak of the coronavirus, the United States and other countries have closed their borders to visitors from China to contain the spread of the virus. Although the World Health Organization does not recommend or encourage countries to close borders, it is a sovereign nation’s right to protect its citizens in a manner it believes effective. We will not argue this decision. However, as the world’s leading economic power and a country with a proud history of providing relief during humanitarian disasters, the U.S. should step up to assist and aid China to mitigate the impacts of the virus on the Chinese citizenry.

At the Washington State China Relations Council, we have been fielding multiple inquiries about how concerned local citizens may donate masks, gowns and other items as well as questions about where to direct cash donations destined for China. Emails have poured into our office from Chinese organizations asking for help to source supplies for local and regional health authorities.

Citizens around the country are leading grassroots funding campaigns and gathering medical supplies that will hopefully find their way to China. International nonprofit organizations such as Project Hope are arranging for chartered flights to carry supplies to Wuhan and other large Chinese metropolises. U.S. corporations, many of them based here in Washington, have donated large quantities of medical supplies. The Bill & Melinda Gates Foundation has made $100 million available to fight the virus.

The U.S. has volunteered to send Center of Disease Control (CDC) experts to China to help Chinese medical authorities with their study and strategies to control the virus, which should be commended. However, more is needed.

It is time for both countries to put name-calling and inaction aside and work together to solve this global crisis. The U.S. government should immediately solicit medical supplies and other needed items for China — if even on a limited basis — and offer these to the Chinese authorities. Such a goodwill gesture not only supports efforts in China to stem the crisis but will also help to mitigate the risk that the virus could rapidly multiply in our country. The amount of aid is not the real issue — this is a question of doing the right thing for people in need.

The Washington State China Relations Council welcomes the signing of the Phase One Trade Deal with China. The Council sees the agreement as a modest step in getting the two economies back to business, however, the deal does not address the underlying issues of conflict between the two countries.

Under the terms of the agreement China has pledged to purchase $200 billion of US products along with commitments to address intellectual property and currency concerns as well as to improve market access in sectors such as financial services.  The US will cancel tariffs that had been scheduled to be enforced on Dec. 15, 2019 and cut in half a previous round of 15 percent tariffs on $120 billion worth of products.

Key issues, such as subsidies and industrial policies were not included in this agreement and remain major sources of friction between the two countries.  These issues will supposedly be tackled in the Phase 2 discussions which have yet to be scheduled.