This event is sponsored by “Plant by People“.

Rapidly deteriorating relations between the U.S. and China are creating increased risks and obstacles for U.S. companies operating in China. While many American companies in the Middle Kingdom enjoy robust business and look to expand their operations, the threat of interference by Chinese regulators, perhaps prompted by the actions of politicians in Washington D.C., looms large. The liberal use of sanctions by the U.S side, which are now being countered by the Chinese with their own sanctions, means U.S. companies must walk a tightrope as they try to conform to the laws of their home country and those in China. Meanwhile, China’s use of “buy local” policies are seriously disadvantaging U.S. companies’ market positions.

Join us for a discussion with China based business experts to hear the strategies they recommend for U.S. companies to adapt to China’s rapidly evolving business environment. Panelists for this discussion include Jacob Wood – Senior Associate with GreenPoint Group in Beijing who advises U.S. companies on China operations, and Huang Shan – Deputy Chief Editor of Caixin International.

This event is produced by the WSCRC’s sister organization the Washington State China Relations Fund, a 501(c)3 non-profit charitable organization.  The WSCRC provides marketing services for this event on behalf of the WSCRF. 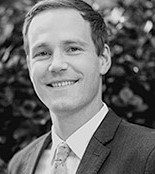 Jacob L. Wood is a Senior Associate at GreenPoint Group’s Beijing office. Mr. Wood brings nearly two decades of on the ground experience in China covering a broad range of issues including environmental and public health and China-U.S. relations.

Mr. Wood received a master’s degree in Development Practice from Emory University and a master’s Certificate from the Hopkins-Nanjing Center for Chinese and American Studies, where he graduated as the class valedictorian. He holds a bachelor’s degree in Chinese Studies from the University of Washington. 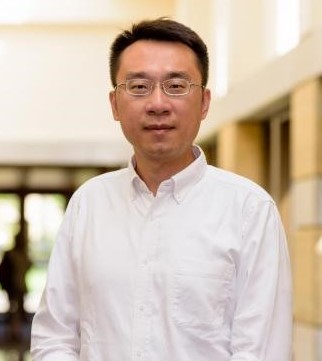 Shan Huang is the Beijing-based deputy managing editor and an editorial board member of Caixin Media, a financial and business news service, and manages Caixin’s bureaus in Washington, DC, New York City, and Tokyo. He also contributes to the English language edition of Caixin’s print and online publications, and previously served as international editor of Caijing Magazine.

He earned a BA in international politics from Peking University in 2001 and an MA in political science in 2004 from the University of Notre Dame, where he received the Presidential Fellowship. He was a member of the Kellogg Institute’s Political Economy Working Group in 2003 and served on the Notre Dame Greater China Scholarship Selection Committee in 2011 and 2012.

This event is sponsored by a WSCRC Member owned company “Plants by People” which has a new line of convenient, organic plant-powered tonics, perfect for busy lifestyles. The company’s five delicious wellness drinks are elevated alternatives to tea, coffee, or sugary beverages, and are served in a purse- and pocket-friendly sachet. It’s time to move your Qi (inner energy), rebalance, and let your inner sun shine. No single-use bottles or refrigeration here!

Plants by People Plant Tonics are made from only fruits and botanicals blended to enhance hydration and support our bodies’ energy, nourishment, cleansing, and relaxation.