Violent attacks and other crimes against Asians and Pacific Islanders have increased dramatically in recent months all over the United States, including in our own region. The most violent of these was the murder of eight people in Atlanta on March 16, where six of the eight victims were women of Asian descent. Such crimes have both frightened and shocked the entire country. In the Puget Sound area, immigrants from all parts of Asia and the Pacific Islands have long made important economic, technological, educational and cultural contributions, and, at least in the decades since the end of World War II, they have lived largely peacefully and without fear.

In this webinar, we will hear from API community representatives and from key officials from the FBI, the Seattle Police Department, and the Port of Seattle to discuss these recent developments. They will discuss possible reasons for this surge in anti-Asian attacks and will describe how both victims and bystanders can respond to such criminal activity safely and effectively. They will also explore community-based responses and the ability and limitations of different law enforcement techniques to combat such violence, including use of hate crime laws. 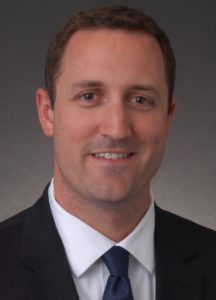 Mr. Bruett supervises a squad responsible for investigating Public Corruption, Civil Rights Crimes, and Transnational Organized Crime. Since joining the FBI in 2006, Mr. Bruett has served in various roles at the agency, including as a Special Agent at the Seattle Field Office, a firearms instructor and member of the Evidence Response Team (ERT) and Hazardous Evidence Response Team, a ERT Senior Team Leader for the Seattle Field Office, and as an instructor at the FBI Academy in Quantico, Virginia. He was promoted to Supervisory Special Agent in 2017. Mr. Bruett is a member of the FBI Adjunct Faculty Program and has taught Crime Scene Management and Interviewing and Interrogation to law enforcement officers in Washington state, Hungary, El Salvador, Kazakhstan, and Vietnam.

Mr. Bruett is a Washington State native. He holds a Bachelor of Science degree in Accounting from Santa Clara University, a Master of Professional Accounting degree from the University of Washington and a Graduate Professional Certificate in Strategic Management from the Harvard Extension School. Prior to joining the FBI, he earned a Certified Public Accountant license, a Certified Fraud Examiner certification, and worked for three years with KPMG LLP in its Audit and Forensic Services practices in Seattle and New York City. 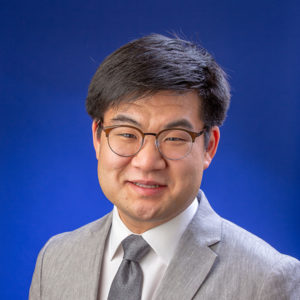 Sam Cho was elected to the Port Commission in 2019. Commissioner Cho is the son of immigrants from South Korea, who came to the United States through the Port of Seattle. He is currently the only person of color serving on the Commission. His priorities as a commissioner include promoting trade, working towards environmental sustainability, ensuring diversity and inclusion in the workforce and contracting, and stopping human trafficking.

Commissioner Cho was the Founder and CEO of Seven Seas Export, an international trading company that was headquartered in Seattle and exported to Asia.

Prior to his entrepreneurial endeavor, Commissioner Cho was a political appointee under President Barack Obama serving at the U.S. General Services Administration. He helped manage a federal agency of more than 10,000 federal employees and worked on executing the administration’s agency-wide policies in real asset management, federal procurements, acquisitions, and technology.

Commissioner Cho’s prior experience also included serving as a Legislative Assistant to a Washington State Senator and a member of the United States Congress, and as an analyst at the U.S. Department of State.

Adrian Diaz, Chief of Police, the City of Seattle

Chief Diaz has been a dedicated member of the Seattle Police Department for more than two decades. His work building relationships that bridge race, ethnicity and every flavor of humanity can be seen across the Department and in every neighborhood in Seattle.

Chief Diaz began his career in Patrol, the Mountain Bike Unit, and the Anti-Crime Team before joining the Investigations Bureau. He is also a Master Defensive Tactics instructor at the Washington State Criminal Justice Training Commission. He served as Assistant Chief of a newly created Collaborative Policing Bureau prior to being promoted to the Deputy Chief. Chief Diaz is now serving as the Interim Chief of Police.

Chief Diaz holds a B.A. in criminal justice from Central Washington University and a Master’s in Public Administration from the University of Washington. He has completed the Major Cities Chiefs Associations Police Executive Leadership Institute, the Cascade Executive Program and the Senior Management Institute of Policing. Chief Diaz has authored numerous national publications in community policing, misdemeanor justice and juvenile justice. 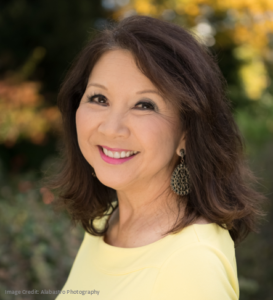 Ms. Lori Matsukawa is an Emmy award winning broadcast journalist with more than 40 years in the industry. She retired after 36 years as an anchor and reporter at KING TV in Seattle. She previously worked in Redding, CA and Portland, OR.

In 2014, Ms. Matsukawa won two Northwest Regional Emmy Awards, one in 2018 for her series “Prisoners in Their Own Land” about the incarceration of Japanese Americans during World War II and another in 2019 for “Shane Sato: Portraits of Courage” about a photographer’s mission to photograph Nisei veterans who served as part of America’s “Greatest Generation.”

Ms. Matsukawa is an alumna of the Japanese American Leadership Delegation, a program of the US-Japan Council. She is a co-founder of the Seattle Chapter of the Asian American Journalists Association. 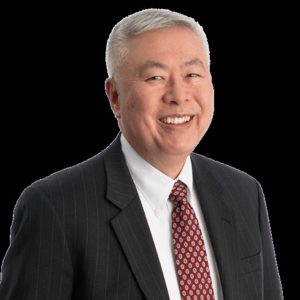 Nelson is a partner in the Seattle office of the Dorsey & Whitney law firm and is head of its National Security Group and co-head of its Asia Group.  He is an Adjunct Senior Fellow at the East-West Center in Honolulu and serves on the boards of the Washington State China Relations Council in Seattle and the National Committee on US-China Relations in New York City.  Nelson is also an active member of the Council on Foreign Relations and the Committee of 100, and he has been deeply involved in Asian American civic and civil rights activities and causes for over 50 years.