On Monday, May 21, the World Affairs Council of Seattle will host a debate on the future of Sino-American relations. This debate, convened by the Brookings Institution’s Foreign Policy program and the Charles Koch Institute, in partnership with POLITICO, is the fifth in a series of thematic debates on America’s role in the world. 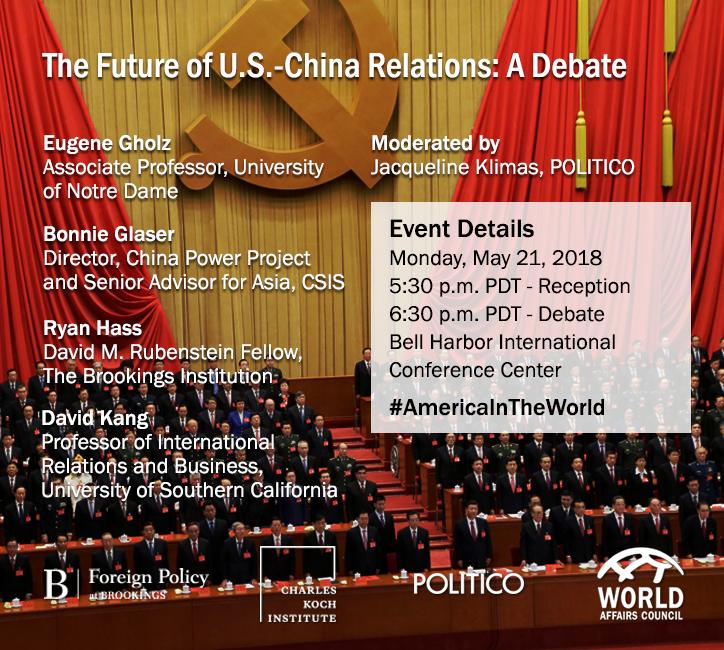 All are welcome to submit questions and join the conversation on Twitter at #AmericaInTheWorld.

Video from previous debates in St. Louis, Las Vegas, and Atlanta can be found on the Brookings webpage on the debate topics of “America’s changing role in the world”, “The changing role of America’s military,” and “the future of transatlantic relations.