While the American media offers daily doses of negative news about China, many American companies, like Tesla, for example, are enjoying great success in China. Leaders of the American Chamber of Commerce in Shanghai, including the China CEOs of several U.S. multinational companies, will discuss the challenges and the opportunities they encounter managing their companies in China today. The business leaders will speak of the current business environment, the opportunity for U.S. business and discuss how the strained political environment between the U.S. and China adds additional tensions for the day to day operations of their firms. 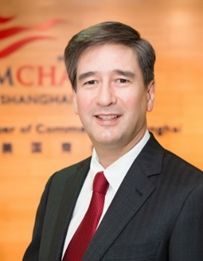 Ker Gibbs is the President of the American Chamber of Commerce in Shanghai since 2019. Mr. Gibbs is highly familiar with AmCham Shanghai and China. He has been involved in the Chamber for many years as a member, committee leader, board member and Board chair during 2016-2017.

He first came to China as a student in 1985 and has since worked in various roles giving him broad exposure to U.S.-China relations and business issues faced by American companies operating in Asia. His career has spanned Asia and Silicon Valley, with executive positions at Apple, Disney, and other technology and media firms. Mr. Gibbs was also head of technology and media for greater China at HSBC. Most of his time in Shanghai has been spent in the banking and investment sectors. As an investor, he has been active in hotels, e-commerce and medical technologies. He holds a bachelor’s degree in Economics from UCLA and an MBA from UC Berkeley. 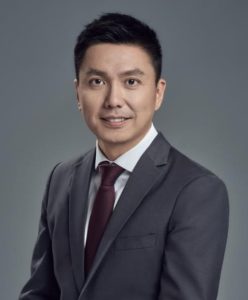 Hann Pang has been the President of Thermo Fisher Scientific China since January 2021. In his prior role as the Vice President of Commercial Operations, China, Hann led the company’s China commercial team to develop and implement key strategies for robust business growth across multiple industries, with a focus on driving strong business continuity in conjunction with China’s overall country growth strategies.

Hann received his Master of Business Administration from the University of California, Los Angeles, and two bachelor’s degrees from Monash University, Australia, in mechanical engineering and marketing. Born and raised in Singapore, he now lives in Shanghai with his family. 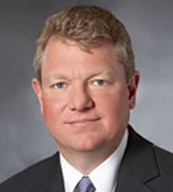 In 2021, Curt joined as a Managing Partner of Ventech China where he helps lead Ventech China’s investing in Consumer Markets, Fin-tech, and Big Data, focusing on the fast-growing Chinese Consumer Class.

A former 30-year veteran of The Coca-Cola Company, Curt was President of The Coca-Cola Greater China, Korea & Mongolia Business Unit starting in 2016. This operation covered a population of more 1.7 billion people, directly employing more than 51,000 system associates and supporting over 500,000 additional jobs.

Since joining Coca-Cola USA in 1983, Curt has served a wide range of executive positions in the USA and several ASEAN countries before being appointed Managing Director of The Coca-Cola Bottling Company of Egypt in 2000. In late 2003, Curt became Senior Regional Director for the Western Africa Region and was appointed President of the 27 country North and West Africa Division in January 2005. Later Curt’s portfolio expanded to 34 countries to include the Middle East, Pakistan and Afghanistan as President of the Middle East and North Africa Business Unit. Curt was named as one of Forbes Top Ten influential leaders in the Middle East for six consecutive years.

Curt was Chairman of Coca-Cola Bottlers China Manufacturing Holdings Limited. He is Director of the Consumer Goods Forum. He currently serves as Vice-Chairman of The American Chamber of Commerce in Shanghai. Curt has extensive experience as a Board Director for independent Coca-Cola Bottlers, Community and Business-based organizations.

Curt holds a Bachelor of Science degree from the Indiana University Kelley School. He is a graduate of the Executive Development Programs at Stanford University and the Wharton School.