Seattle author Amy Sommers’s new book  “Rumors from Shanghai” tells the story of an African American law graduate who arrives in booming Shanghai in 1940 from Seattle. Racial prejudice has propelled him to test his talents overseas. He succeeds in business and with his former Chinese and Japanese law school friends enjoys the cosmopolitan life of Shanghai. Everything changes when our hero stumbles on a secret plan Japan is developing to destroy the U.S. Fleet at Pearl Harbor. He grapples with the question to put all he has gained at risk to save the country that despises him.

The novel highlights the role that African Americans played in the early days of Seattle as well as in Shanghai’s pre-war days.

“This is a story about the gifts that come with cultural exchange, the perils of refusing them, and what it’s like to lose them. An African American businessman finds freedom and respect in a city where money rules over race. His cosmopolitan life in Shanghai includes nights on the town with his beloved friends from China and Japan. As nationalism and war draw ever closer, the group’s public embrace of equality puts them in peril. By deftly shaping historical details, Amy Sommers has written a story for our precarious times.”
—Nancy Rawles, author of My Jim

The Shanghai Seattle Expats Society will partner with the Washington State China Relations Council to bring you this event. 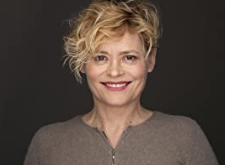 Author: Amy Sommers
Amy Sommers’ interest in China was piqued in her early teens when Deng Xiaoping came to Seattle in 1979. Already interested in becoming a lawyer, the discussion in late 70’s/early 80’s Seattle of how China was opening to the West made her think there might be a need for American lawyers who spoke Chinese. In university she started to learn about China and study Mandarin, then did intensive language study in Taiwan in the late 80’s, and eventually became a U.S.-based China-focused corporate lawyer.

Her long-running campaign to move to China succeeded in 2004. For over 11 years, she and her family lived in Shanghai working as a partner at a large international law firm. While in Shanghai Amy immersed herself in learning about pre-World War II times in that city.

Repatriated back to the States in 2015, Amy has retired from law practice and finally completed her long-in process novel set in pre-World War II Shanghai. 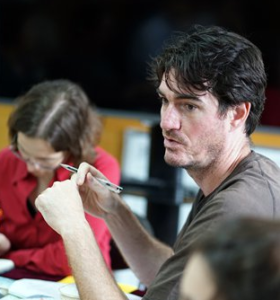 Moderator: Eric Abrahamsen
Eric Abrahamsen is passionate about promoting translated Chinese literature to a Western audience. Eric lived in Beijing from late 2001, when he studied Chinese at the Central University for Nationalities, until the end of 2016. He began struggling through author Wang Xiaobo’s works at an early date, and kept at it through the intervening years. He is the recipient of a PEN translation grant for Wang Xiaobo’s My Spiritual Homeland and a NEA grant for Xu Zechen’s Running Through Zhongguancun, later published as Running Through Beijing, which was shortlisted for the National Translation Award.

His short-story translations have appeared in magazines including The New Yorker, Granta, and n+1. He also writes occasional cultural criticism, which has appeared in the New York Times and Foreign Policy, among other venues.

Eric also runs a U.S.-based company called Coal Hill Books which provides rights agency and publishing consulting for Chinese and international publishers seeking to do business with each other.