As people are discovering in recent months–whether in Alaska, Japan or Canada–U.S. presidents may come and go but thorny issues with China remain. In Challenging China, a new book published in early April of this year, Seattle’s own Sam Kaplan asserts China has become more authoritarian and expansionist and describes what strategies the U.S. and its allies need to adopt to address this new geopolitical landscape. Although delving into serious issues, the book is written in an engaging way and probably the only book on China that references Dolly Parton, the boy band BTS, LeBron James, the movie, Die Hard, and Bruce Springsteen. In the book, Kaplan asserts that a more authoritarian, more expansionist China is one of the four most important issues in the world. Kaplan analyzes China’s economic future, how it is changing the world order and what that means for the U.S and its allies.

Join us for a conversation with Sam led by Ann Tyson, the China correspondent for the Christian Science Monitor. 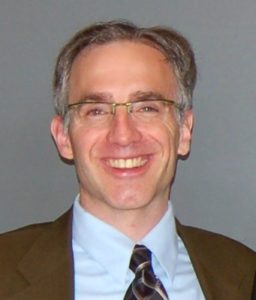 Sam is currently the director of the Center of Excellence for Global Trade and Supply Chain Management, which connects industry and education in Washington around workforce development issues. Sam also publishes the weekly newsletter International Need to Know.

In 20 years at the Trade Development Alliance of Greater Seattle, Sam was engaged in promoting, connecting and educating the Greater Seattle region internationally for trade and business. As President of TDA, Sam oversaw the organization of nearly a dozen outbound business and leadership missions, helped lead the Global Cities Initiative, helped organize the successful visit of President Xi Jinping, and co-led the effort to create an International Competitive Strategy for Washington state. While president of TDA, Sam served briefly as interim president of the Washington State China Relations Council.

Previously Sam worked as a legislative assistant handling foreign affairs and trade issues for now retired U.S. Representative John Miller. Sam has been published in the World Bank’s Urban Age magazine, as well as in many other publications.

He wrote and co-produced the short film about customer service, Please Hold, and is author of the novel, Munsrat Lives. Sam has traveled to and worked extensively with Asia and Europe during his long career in international affairs and trade. 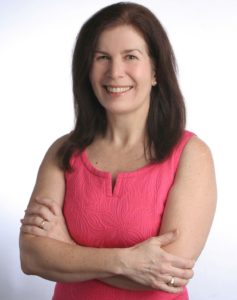 Ann is an award-winning journalist and author whose career includes a decade covering the wars in Iraq and Afghanistan and eight years as a foreign correspondent in China and Asia. Her U.S. beats have included the Pentagon, Congress, and the Midwest. In addition to the Monitor, she has reported for The Washington Post and contributed to The Wall Street Journal.

Ann is the author of a bestselling Afghanistan war memoir, “American Spartan: The Promise, the Mission, and the Betrayal of Special Forces Major Jim Gant.” She also co-wrote “Chinese Awakenings: Life Stories from the Unofficial China.”

Ann graduated from Harvard College with an honors degree in government and East Asian studies and earned an honors certificate from the Institute of Political Studies in Paris (Sciences Po). She was awarded the Bagehot Fellowship for graduate studies in economics and business at Columbia University and the Rotary Graduate Fellowship at the Chinese University of Hong Kong. She speaks Chinese and French.